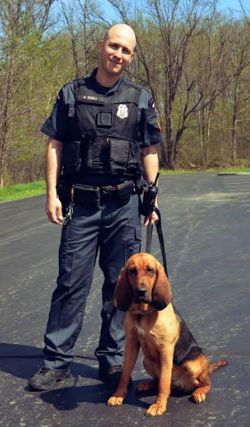 Officer Nicholas Scioli began his career with the Amherst Police Department in 2003 and was partnered with his police service dog Droopy in September 2018. Officer Scioli and Droopy trained for 5 months with the Niagara County Sheriff’s Office and are certified by the National Police Bloodhound Association and must re-certify annually. Droppy is trained in tracking people who are lost, missing or wanted. 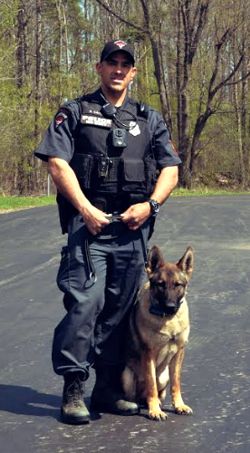 Officer Richard Caito also began his career with the Amherst Police Department in 2003 with and was partnered with his police service dog Harley in August 2018. Officer Caito and Harley attended a 15-week training course conducted by the Niagara Regional Police Service in Ontario, Canada and are certified in tracking, open area & building searches, chase & apprehension, handler protection and narcotics detection. Officer Caito and Harley must re-certify bi-annually.

There are currently no active announcements posted by the Police Department

The Town of Amherst was established in 1818 and celebrated its 200th Anniversary in 2018. The town has a geographical area of 53.6 square miles and a population of greater than 122,000.

Disclaimer, Copyright and Maintenance
How to use our site

The Town of Amherst ADA Coordinators are Robert McCarthy (Director of Human Resources) and Mark Berke (Commissioner of Buildings).

The Town of Amherst takes great pride in providing useful, timely and accurate information through its official website. We encourage public participation in our website and ask that you provide your feedback to help us make our site even better. Contact the website administrator at toawebsite@amherst.ny.us.